Drupal 8 has been launched today! Congratulations to all contributors.

This major new release of Drupal enables administrators to roll out new releases in a quick fashion along with new functionalities. 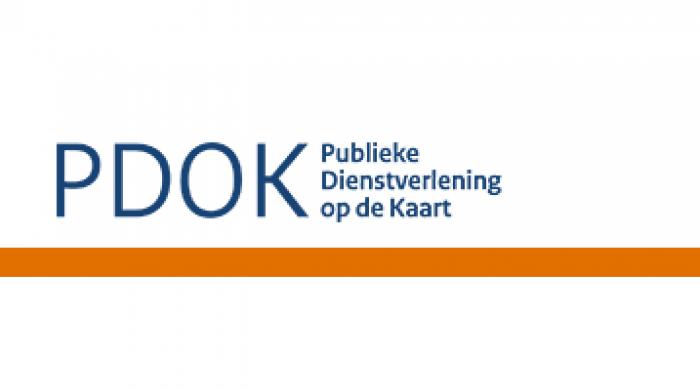 We received a task for expanding an existing Drupal website with Newsletter (E-mail) functionality. The task originates from the Cadastre. The software needs to be ready by the end of this year on the PDOK platform.

iDelft completed a project to optimize the website accessibility of the PDOK portal. The software has been modified in association with the Cadaster and the portal has succesfully been checked by Centric for web guideline compatibility.

iDelft has created a new video about 3D display in Google Earth.

The video shows buildings in Delft from above. Click here to see the video the 3D dispay of Delft in Google Earth.

iDelft just received an order from an international consortium for the development of a new E-Learning course system. The project includes the design and technical implementation and hosting of a new course including graphical activities and video editing. The E-Learning will be made available on traditional desktop computers, but also on tablets. We are going to use the Drupal Content Management Systeem (CMS) plus additional modules.

iDelft completed a Web accessibility certification project for www.PDOK.nl. The software has been modified with Cadastre staff members and controlled by Centric, resulting in three stars.

We spent significant efforts over the last months improving the functionality of our MapsAndMore software platform. A complete software and user administration module is now available. MapsAndMore enables organisations to create and publish maps without the usual complications.

iDelft completed an updated version of the Vegetatielegger portal for e-Participation (citizen-participation). This website has been created for Rijkswaterstaat to facilitate parcel owners. The project has been carried out with the Drupal Content Management System, MySQL database, jQuery, JavaScript and OpenLayers (Open Source software). In association with Rijkswaterstaat and the Center for Citizen Participation (CPP), iDelft created a Digital Map connection.

No security problems detected at iDelft

iDelft has executed extra tests on all servers hosted by our company. None of the websites hosted with SSL certificates are vulnerable to the so-called Heartbleed OpenSSL security issue. Users are however adviced to renew passwords for extra security.

iDelft succesfully completed a Drupal and PHP project in The Hague, The Netherlands. The project was aimed at expanding an existing ordering webportal for a major data processing company. Security, accessibility and back-office order processing were major parts of the project.

iDelft congratulates Rijkswaterstaat with the new Vegetatielegger portal for e-Participation (citizen-participation). This website helps parcel owners and users to submit feedback with respect to the vegetatielegger map. This project has been carried out with the Drupal Content Management System, MySQL database, jQuery, JavaScript and OpenLayers (Open Source software).

iDelft completed today a series of government-sponsored activities in the area of building and hosting a portal and map module. The portal has been built with the Content Management System Drupal. The map module has been developed with help of OpenLayers. The project will run until February 2014. Meanwhile, a contract has been awarded for extra actrivities including work related to Web accessibility.

iDelft is supporting web-development and the creation of 3D displays in a browser for a Dutch research organisation. This project suits well with our activities in the area of 3D Reconstructions of buildings and runs until the end of the year 2013.

iDelft created the website www.gratis-luchtfoto.nl to facilitate users to download low-resolution aerial images for any part of The Netherlands. High-resolution images can be ordered with the ordering site: www.BestelLuchtfoto.nl.

iDelft is working on smart Geocoding functionalty: special software to determine geographic locations based on addresses. It is also possible to clean existing address lists. Read more on Geocoding and test the software.

25 March 2013 iDelft signed a new support contract for a number of geographic and software related services (see: PDOK Loket and PDOK Kaart). We will carry out corrective maintenance tasks and hosting services. In addition, we will advice on new developments and security aspects.

17 January 2013 iDelft participated in the PDOK Congress held on 16 January 2013 in Theatre Orpheus in Apeldoorn. We showed a number of sample websites including the website with Bio-installations in The Netherlands (www.b-i-o.nl) for the organisation AgentschapNL.

The PDOK Loket is live! iDelft has made an important contribution to the PDOK program by developing the PDOK Loket. iDelft is also providing hosting and support services. PDOK is the abbreviation for Publieke Dienstverlening Op de Kaart (Public Map Services). iDelft is creating accessible websites with help of the PDOK services. In this way, map data becomes available according to the latest governement guidelines. A sample website sample website has been made to show the windturbine installations together with Natura2000 protected areas.
15 November 2012
iDelft has released today the website www.b-i-o.nl for the organisation AgentschapNL. The map system shows the bio-plants in The Netherlands. The website has been basd on the official web guidelines for Accessibility. The layout is based on the governement style (Rijkshuisstijl). The map data originates form Publieke Dienstverlening Op de Kaart (PDOK) webservices.
31 December 2011

iDelft completed a unique Aerial Image Mosaic of The Netherlands. More than 3500 images with a size over 2.6 TB were combined. The Mosaic is a snapshot of The Netherlands in 2011. The aerial images can be ordered via our website: www.BestelLuchtfoto.nl. Additional information is available.
30 September 2011
iDelft participated in the GIS Conference 2011 that took place on 28 and 29 September 2011 (De Doelen, Rotterdam). We demonstrated 3D visualizations using a game engine and geographic data that can be ordered through our www.Bestel3D.nl website.
16 August 2011
The new DKLN2011 aerial imagery set is currently in the final production phase and will be made available for the whole of The Netherlands. Samples can be loaded from the Download section. Contact iDelft in order to get an overview of DKLN2011 availablity.
12 August 2011
iDelft sold city models to five major Dutch municipalities over the last month. In addition, datasets were sold to the provinces Noord-Holland and Limburg. A clear trend is visible whereby public organisations decide to directly purchase geographic datasets (rather than indirectly using geographic data from engineering firms). There is an increased interest in vegatation data (as part of the Vector-NL set) in order to support air quality studies. Examples are available through the Download page. Smaller models can be ordered through the site: www.Bestel3D.nl.
28 June 2011
iDelft has compared the accuracy of the building height with the Algemene Hoogtemodel Nederland (AHN-2, Dutch General Elevation Model) in an example area form Breda. While the AHN-2 is recorded using laser altimetry recording devices, Vector-NL is derived from stereophotos (summer 2008). The height results are very similar for both datasets, as described in the elevation data and AHN-2 brochure. The dataset has, besides a competitive price, unique characteristics. It can be ordered in www.Bestel3D.nl.
13 May 2011
iDelft has made an Information over CityGML brochure where the process of creation of a 3D mock-up is explained. It represents a part of Rotterdam, but any area of The Netherlands can be modeled within minutes.
15 March 2011
iDelft has joined today for the last time the 3D Pilot organized by, among others, Kadaster, GeoNovum and TU-Delft. iDelft has supporter this program with presentations, Open 3D Converter software 3.7, mock-ups and CityGML files. Examples can be found in the CityGML page.
31 December 2010

iDelft finished a test with the Google Earth plug-in in combination with the Vector-NL data set. A sample page was created. 10 July 2009 iDelft started a project for TNO (the Dutch R&D organization). Based on plug-in technology, iDelft is building software to load geographic data from a webservice into MS Office applications. 6 July 2009 iDelft is creating one mosaic for the whole of The Netherlands. The input is 2500 GB of imagery (tiles). To accomplish this task, a new processing infrastructure was set up. This mosaic will be the largest aerial image in The Netherlands revealing 25 cm / pixel details. 1 July 2009 An international organization awarded iDelft a Research & Developmenty (R&D) contract . The project includes imagery processing and security. Advanced GIS and analysis techniques will be applied. The project initially runs until March 2010. 4 June 2009 iDelft finished the first part of a GIS project for Vodafone Int. The project includes Data preparation, Licensing, On-site training and Helpdesk support. The applied GIS technology is MapInfo Professional in combination with grid data. 11 February 2009 iDelft continued a project for local Dutch environmental authorities aimed at checklists and regulations. The software features a distributed architecture and consists of: database storage, data preparation, print-outs and web-links. The software was created in Javascript and ASP .NET.
31 December 2008

iDelft completed a major project: www.Bestel3D.nl. This is the first Dutch automated 3D data ordering system aimed at engineering firms and public organisations. The software features a distributed architecture ad consists of: User management and Validation, Database storage, Data Preparation and Handling including Invoicing. The software was created in C# and ASP .NET plus Web services. 20 November 2008 iDelft announces the availability of a free Open Source program which can be downloaded from theDownloads section of the iDelft website. The program is called Open3D DataConverter and enables users to convert geographical files (in the Shape format) to either the KMZ or the KML file formats. The files can then subsequently be displayed within a 3D program like Google Earth. iDelft delivers building data as part of the Vector-NL data set. These files can also be converted with this program. Additional information can be found on the website www.Bestel3D.nl. The Open3D DataConverter programma was sponsored by Senter/Novem (IPC program within ICT-Kring Delft). 22 August 2008 iDelft maintains its position as the leading suppier of 3D GIS data in The Netherlands. We received this week two major orders from environmental agencies for large coverages in the western part of The Netherlands. Both DTM-NL and Vector-NL data sets were sold. 21 July 2008 iDelft completed a major GIS project for Aviodrome, the Dutch national aerospace museum. A huge historical aerial imagery mosaic was delivered. The mosaic will be part of the pemanent exhibition and shows the western part of The Netherlands in 1938.